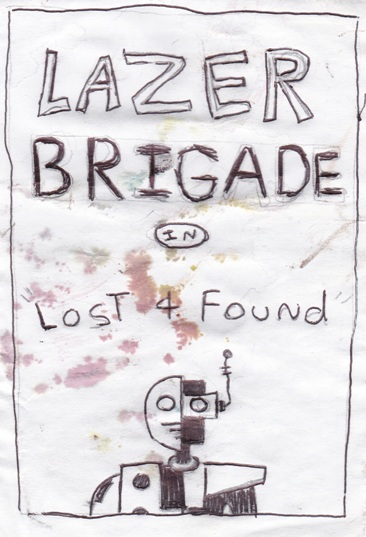 When I first met Doug at SPACE (the Small Press and Alternative Comics Expo) he was selling comics, but in general Doug's artistic focus is on painting. He fills up canvases by the dozen with crazed, brightly colored pop culture hallucinations that smash together images from Popeye, Kamandi, Thundarr the Barbarian, the Herculoids, and a thousand other random influences. It's great stuff.

I wanted to see Doug try his hand at comics again, though, so I challenged him to draw a Laser Brigade story.
Edit Delete