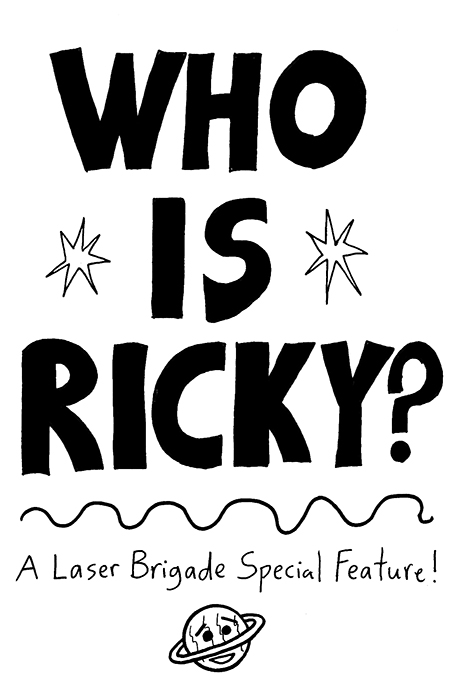 As I mentioned earlier, the character Ricky, who showed up in the just-completed Chapter Four, is originally from another comic strip. That comic strip is called Fuzzball and Scuzzball. It ran for 318 installments and wrapped up on August 11, 2016. You don't have to know Ricky's backstory to understand his role in Laser Brigade, but it just so happens that the Ricky comics are some of my favorites that I've drawn, so I want to share the highlights with you here. Okay? Okay.